The room was quiet, except for the occasional drip from the kitchen faucet. She sat, her hands clasped in front of her, her head down, motionless. The news had come as a blow. It felt like she’d been sucker-punched. Her Mamaw was going to die. The woman who had been there for her all her life, had been given 6 months to live. The news was hard to digest. Mamaw was not sickly or feeble.

A smile brightened her face for a brief moment. Mamaw was the family’s’ designated babysitter. She could Facebook with the best of them and, at 82, she drove herself wherever she wanted to go in her bright green Honda. Her garden was the best in town. “This has to be a mistake”, was all she could think. She, Karen was not about to take this lying down. She was going to get to the bottom of this and find a cure. 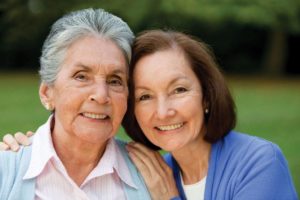 But it wasn’t a mistake. At Mamaw’s Dr. appoint a few days later, the Doctor went over exactly what the coming months would look like. Then he added, “The best thing to do right now is to enter Hospice care.” Mamaw’s head perked up and she shot out, “why? I feel pretty good. I can take care of myself for crying out loud!”

Dr. Mitchell flashed Karen a brief grin and then shared with the two women, “it’s best if hospice care begins before the patient gets really sick. They can help stabilize the patient. Studies have even shown that hospice care can extend length of days and quality of life for the patient. You can even make a bucket list and they’ll help you with your goals.”

“That’s a common misconception,” nodded Dr. Mitchell. “But the reality is that hospice care is at its best when it begins early. Best for the patient and the family.”

“We’ll let hospice know and they’ll do all they can to see that happens,” the doctor leaned back in his chair and clasped his hands behind his head. He added, “should I make the call to hospice for you?”

“I don’t know,” said Mamaw. She was quiet for a moment and then whispered, “Yeah. I guess so. Go ahead. If they can help me enjoy the time I have left with my family, then that’s what I want.”
.

Because Mamaw entered into Hospice care early in her diagnosis: